Following a rather fun production of a Russian Field Station (link), I sought to do a "the after-effects of combat"  for each of my Napoleonic armies.  What this says about my phycology vis-a-vis playing war but having enjoyment with toy soldiers is something I do not want to contemplate - mainly as it takes away from the fun! But it is something interesting to look at and eye-candy to place within the blank spaces on the tabletop.

This Belgian ambulance started as the Perry ACW version ( link )  I coveted and which I saw the possibility to convert.  Surprisingly little was needed.  Of course the heads needed to be replaced as to provide the appropriate headgear.  I added tails and turnbacks to the tunics along with epaulettes and cuff-flaps. The Belgians often tucked their trousers into the half gaiters so the pants, together with  the era's mens fashion having them wear loose under shirt and suspenders, has the original ACW fellow standing at the back of the wagon not out of place and thus without need of change. 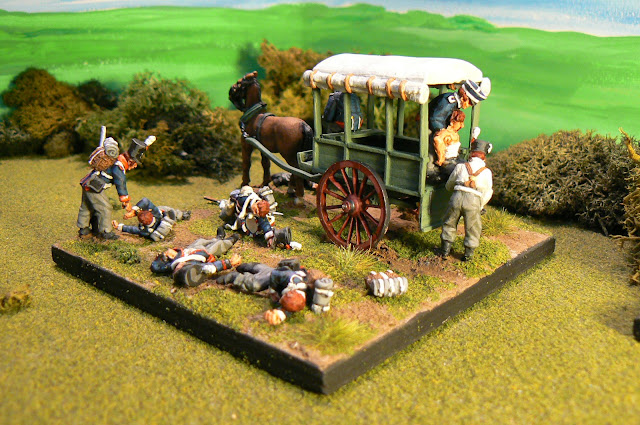 The wagon, perhaps confiscated from a hapless Brussels civilian, surrounded by the Perry casualty pack, sets the scene of the clean up of the carnage of Waterloo. 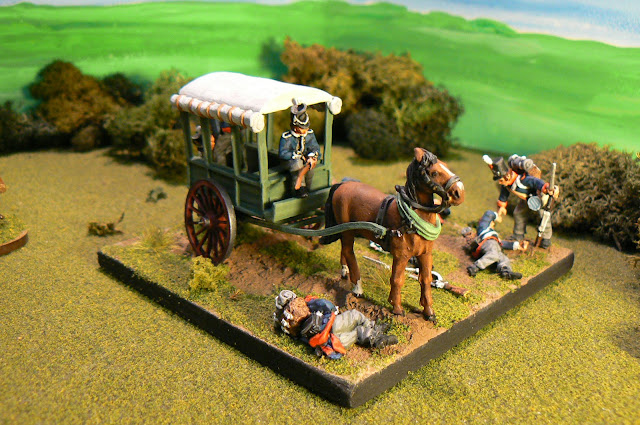 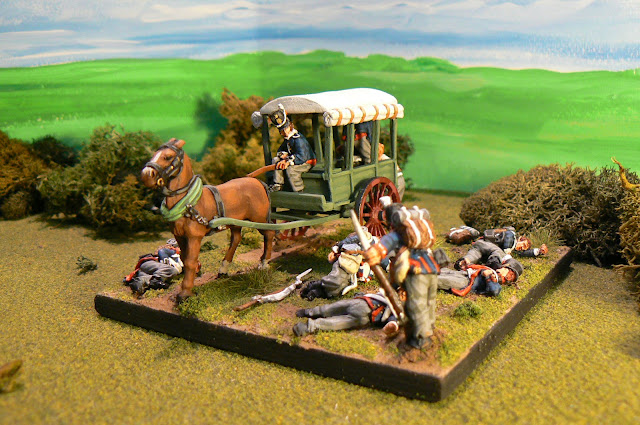