OK, Mary Shelley I am not.   However, I do feel similar to her character, Dr. Frankenstein.   He of the famous fictional novel created life and horrified by what he has made ( the low-key button-counter in me). And like in Frankenstein, this monster was a composite of parts grafted together from cadavers of various abandoned plastic sprues.  It is with these that I have created these... ahem….Napoleonic Hungarian Militia. 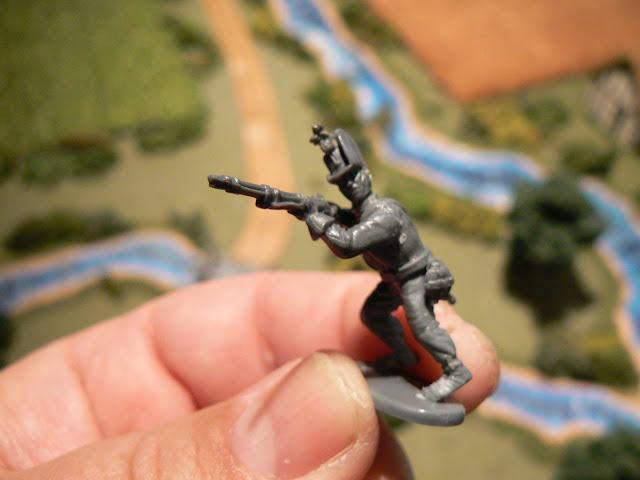 They are, of course, an abomination from the historical but perhaps close enough to act the role.

author notes:
*I had picked up a bunch of these half-built ancients from the B&B but were left with lots of legs remaining.  Very odd posing due to excessively bent knees and the top of the hips at a 45 degree angle - or more!  The creations certainly have a Games Workshop Orc-ish pose look to them.  Monsters indeed!
** These torsos are offered as a few alternatives within the Warlord WSS boxes. Luckily a group of us collected enough to allow me to have sufficient amount of one type to make 24 of these in total.
*** These Perry arms are one-part with both arms/hands attached to the weapon so specific to their dismounted dragoon body.  I happened to try these onto the extra Warlord WSS torsos and they fit surprisingly well and thus unexpectedly launching this whole project.


I loosely describe them as Hungarian to justify the ankle-tight trousers of the Celts. The Hungarians were known for similar attire.   Unlike official or parade ground proper uniforms, reality would be a different story with unfulfilled supply especially to the lower rungs of the military establishment.  It is my thinking that Hungarian militia would be very low indeed on the priority list and so liberties in their equipment could be made.    Yes, the corsehut hat was probably not worn by any Hungarians but so very definitively Austro-Hungarian as not to use!  As fashionistas say: the headdress makes the outfit! 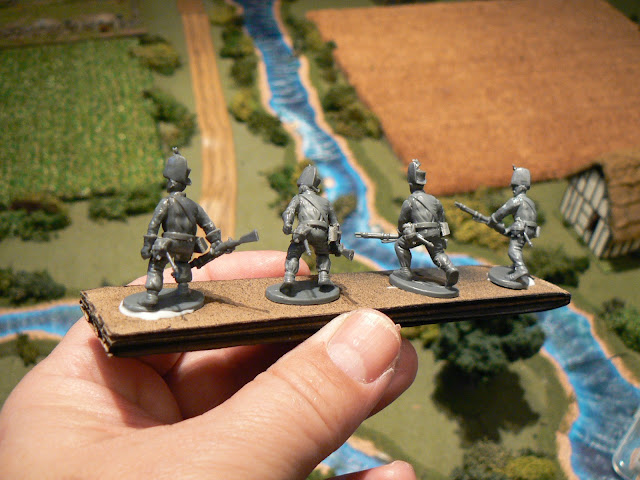