Successors on the thin side

I have been smitten with the construction of ancient armies using the Wargames Atlantic skeletons and did some as Celtic Ancient Britons.  The WA sprues are obviously designed with a Hellenistic Greek flavour in mind containing pike arms which so far had not used. Pikes were used by the later Successor armies of Alexander fighting the incursions of Celts ( “Galatians” ) and even employing elephants.   Hmm, that’s kinda cool, and allows me to pick a third different army to play! I had a 3D print of a Woolly Mammoth printed which I then modified mainly by the tusks (I could not find a plastic skeleton model - at least to scale…) and begged wargaming friends for some spare ancient Greek type plastic parts who kindly provided enough to fill a 24 point Dragon Rampant force (thanks David and James!). 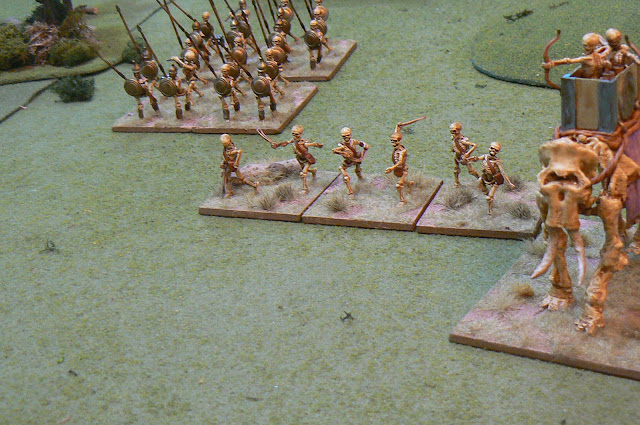 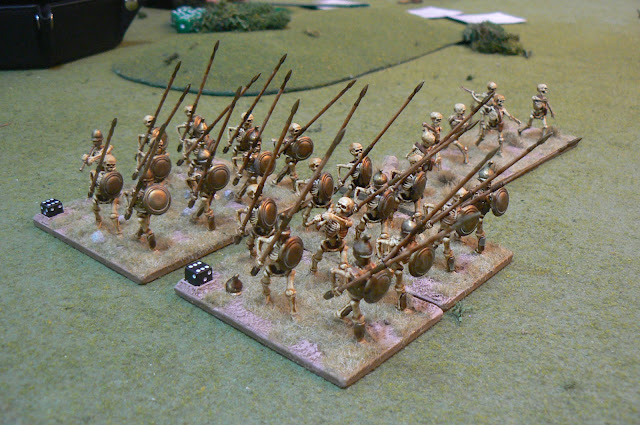 The 3D print was extremely poor so needed to literally pore a bottles of liquid Super Glue over the model to prevent it from layering away as I stripped off the supports. Uggh!! Luckily avoided gluing my fingers together but certainly swore a lot in the process!  The purple cloth over the mid-section of the elephant seemed to be a common feature of the Hellenistic elephants - or at least to the modern illustrators and sculptors - and was needed more on the left side than the right side to cover the gap from missing ribs as the model was breaking apart in my hands! I needed to re-sculpt major portions. 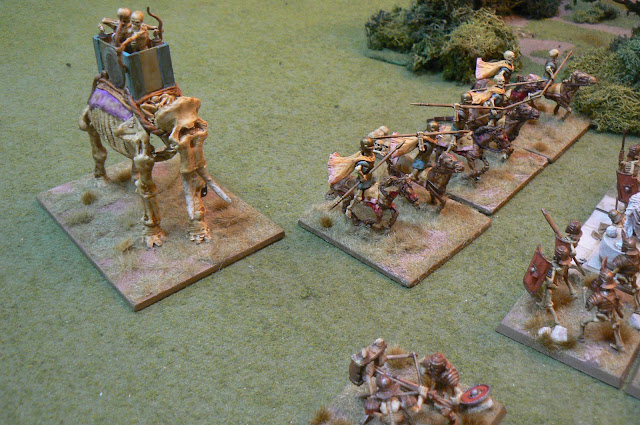 The model was a good in design however as the thin howdah could be removed and a more substantial one built on the flat surface with styrene sheets and corner pieces. The large Greek shields give more ‘identity’ to the model.  Finally, I added the thick ropes holding the fighting compartment onto its back with green stuff. 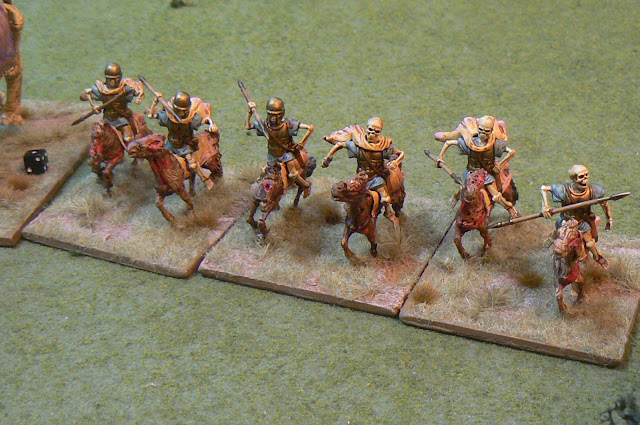 The cavalry were constructed again with horses using melted down plastic sprues to represent the decomposing flesh.   Full torsos for the riders were used needing only to add skeleton arms, legs and, some helmeted heads.  Not really natural poses (They started as infantry and it is really tough to glue on stiff legs into place while also imbedding in a still curing green-stuff saddles!  But heck, these are the usual uncoordinated muscle-less skeleton dudes!)   Added the flowing capes from a medieval set and gave them a bit of color as being the elite Companions.

Along with those figures for the collection, I made a temple out of styrofoam and wine corks while watching sports on the tube.  A thick layer of watered-down PVA glue (White Glue) gives a good hard coating and nice surface to paint.

I think I have now throughly quenched the ancients builds and currently have yet another British 1812 unit on the paint table.