LotR bash - Fight for the temple


I am not a Lord of the Rings type of follower. I do not have any of the figures or such (the ones in this game are from a group effort using the Game Workshop minis).   The fellows at the game almost kicked me out upon my declaration that I have not seen any of the films…. However, a tabletop miniatures battle is a universal thing and so I was not out of my element.  I took a bunch of orcs, some with bow - who I subsequently demoted to mere warriors upon their distinct lack of hitting/killing anything! 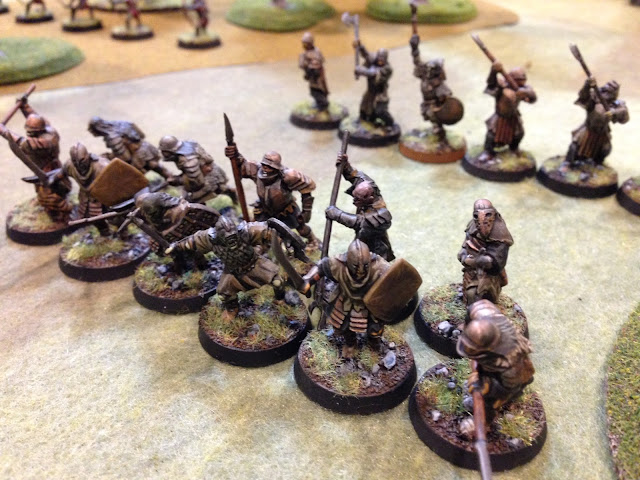 The main target was the temple building which was defended by ChrisO and his Gondor heavy armour chaps who I wore down until Kev’s goblins could swarm up the walls and, ahem, overwhelm the defenders. It came to the last turn and the ‘end of the game’ roll which came just before the collapse of both sides (depending upon morale tests) as both sides were on their very last legs. All very nail-biting.... 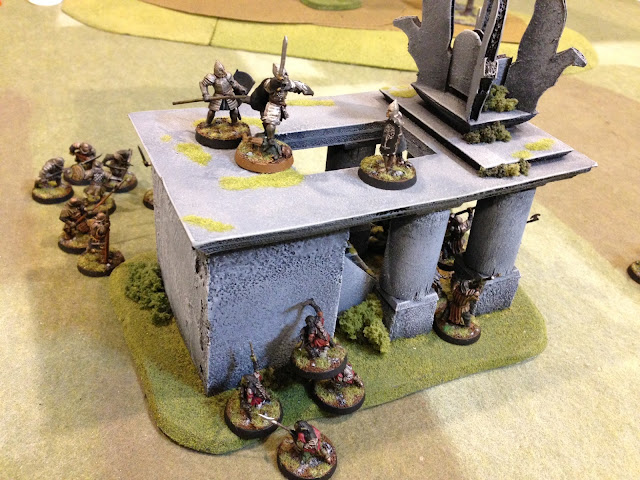 Of particular note was the newly painted Ent (a living, moving and fighting tree) who, while falling to the efforts of two trolls, did last much longer than expected - being fresh to the tabletop and all… 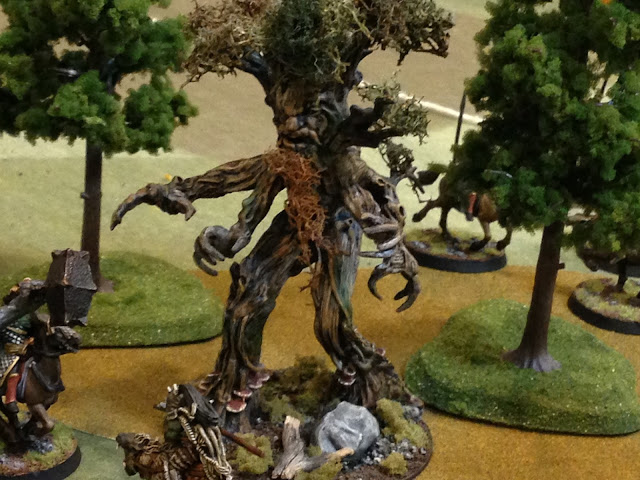 
Finally had the time…and mental momentum….to finish my American contingent for my certain portion of the American Revolutionary War Saratoga campaign.  The battles to come will be a contrast in tactics.  I have certainly taken the mythical view so thusly the Americans will have good-shooting small skirmish militia units, some as veterans, with (for now) only a small Continental regiment and with artillery support verses very large but timid Brunswick Germans units.  The latter formed a large portion of the British army descending the Hudson River Valley in 1777. 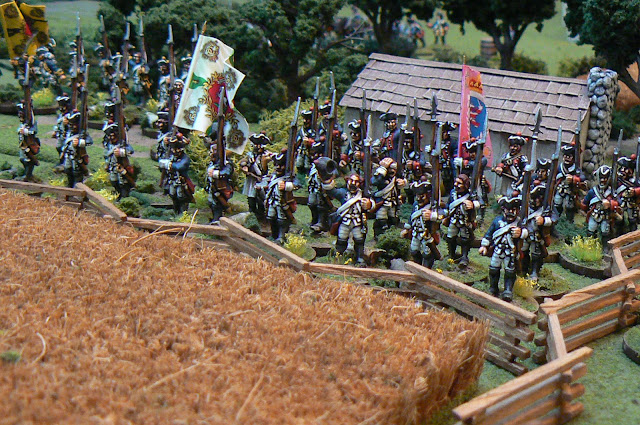 I have taken the narrative of the historical campaign battles and thus will have fictional scenarios involving the Brunswickers attacking across open fields with the Americans firing into their ranks (an aggressive commander [Gen. B. Arnold?] leading);  the Germans attacking American defences well defended by artillery (allowing for American commander ‘Granny’ Gates’ “let ‘em come to us” plan if came to pass);  or reversing the latter scenario and having the Germans defend their built defenses against the American assault per the Breymann’s Redoubt engagement
In any case, the rules will be Osprey’s Rebels and Patriots [thus the mixed basing styles].  Speaking of which, the reader will have noted that the Germans (mostly Brunswick but there was attached a unit of Hessian infantry with accompanying artillery unit -  as those figures were slightly different posed and I had knowledge of that unit's flag!) have a ranked look while the Americans are on round bases either in group or larger singles.  This was deliberate as to convey the difference in fighting style (using the traditional view).

The American figures are mostly Perry “Southern Militia” re-purposed [ obviously MY battles will be fought on exceptionally pleasant October days for the boys to be in shirts only! ] The Germans are old Foundry SYW Prussians (the 1777 German uniform continued to be virtually a copy or close enough….)  The Americans happen also to be artillery heavy but they did have a fair amount of guns in their encampments historically so.  Guns are points expensive in RaP so it might be fun to play out a scenario in which the American camp is defended primarily only by artillery and see if the firepower is enough to stop the German advance.

For once, I actually had a plan for the collection before ( ! ) painting/basing - not before having the  figures but 2 of 3 in the planning is good for me!  Other than perhaps another Continental unit to make it a bit more historical in composition, I have enough in size to conduct the battles I wish to run and the historical context to provide the scenario inspirations I will enjoy.
Posted by DougH at 00:41 9 comments:
Labels: "Saratoga" AWI, AWI, campaigning, minis, RaP
Newer Posts Older Posts Home
Subscribe to: Posts (Atom)