Well, OK, perhaps more accurately stated,....tents created from packaging of chocolate.
In this case, Toblerone Chocolate as it comes in quite the handy triangular box.  Great for easy-to-make card tents!
With some paint and a terrain work on the base they should look fine on the tabletop.
I am thinking for my 20mm WW1 Palestine project.  The sizing should be about right. 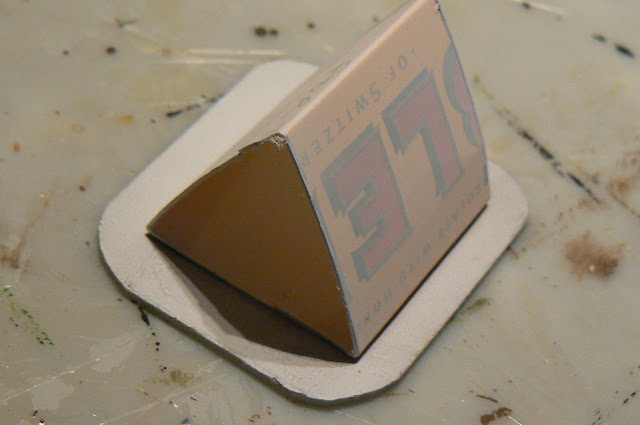 The big game at this year's Enfilade Convention this month is the Battle of Eggmuhl 1809 in which Wurttemberg  provided a division of troops including light infantry.
While having this information in the back of my brain having recently looked upon the OOB for the game, I came across my stash of Prussian Jagers collected from the many plastic Perry Prussian Napoleonic infantry boxes I purchased.
While not perfect for the Wurttemberg uniform and equipment, I am a not precise "rivet counter" so I could employ them with the following changes:
- scrape off the cuff flaps
- added fur backpacks [differing from the Prussian types]
- used Austrian shakos after scraping off all the Austrian details and painting on the gold bits
- of course applying the appropriate uniform colours.
I used a different arm - modified French in this case - to have an NCO pointing as a focal point for variation rather than the whole unit in a rather unique, and rather unalterable pose .

The advantage of plastics is the "scape-off or glue-on" ease. 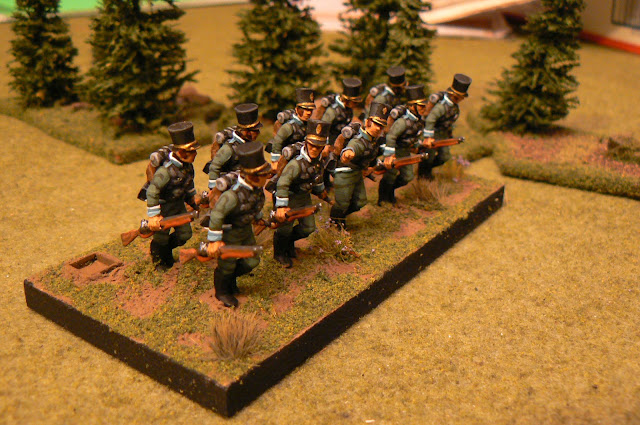 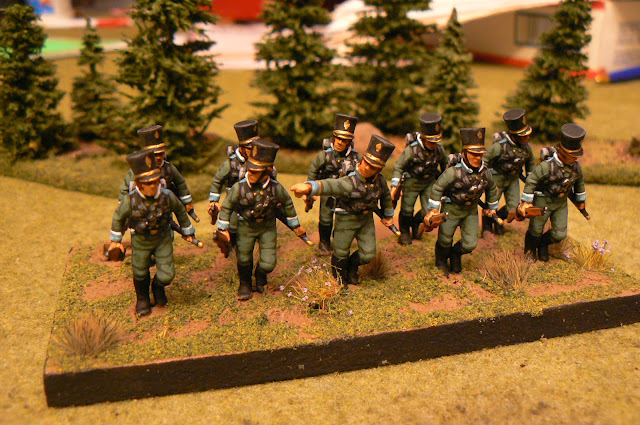 I wanted some fences as a terrain feature for my Samurai games and thought the pole fencing represented as per the famous battle will look good. 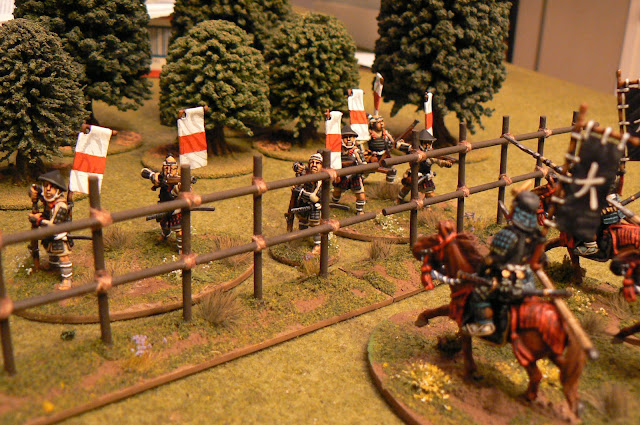 Rather than a bamboo skewer construction, I thought styrene rods would glue together strong enough to allow me to wind sewing thread around each of the cross beams.  I found some likely coloured thread within the household sewing kit so I would not need to colour it.  By gluing on the upturned leftover sprues (from all of my other 'plastics' ) ,  I could achieve a regular spacing with the upright poles firmly attached to the base with the length of the sprue and not individual poles, thus ensuring a stronger bond when glued to the base cardboard.