Often those little pieces one creates gives the most pleasure.  With a bit (Ok, a lot(!)
of time) and a chunk of self-hardening clay, a nice little piece for the table can be made.
It is nice that it can be universal and will undoubtedly show up on many of my battlefields. 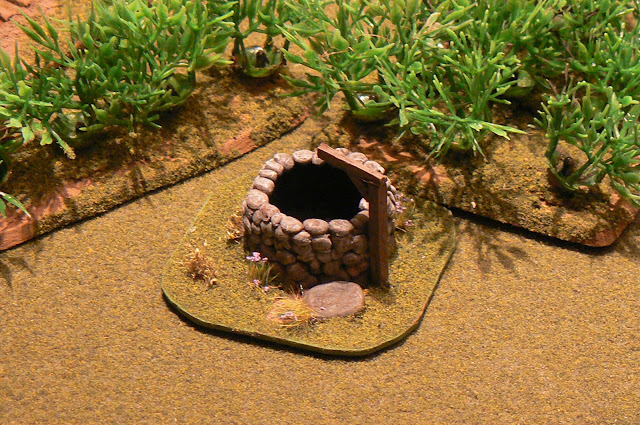 DaveMc likes his WW1 air game so again hosted for the Monday Night group.
"Do we want a scenario?" he asks.  "What is the point?", I suggest, "Everyone always ignores it and just chases each other."  Nods of heads all around.
"Shoot'em-up it is", he agrees.

The early selectors had German planes for this 'Late War' game, so I used my British Sopwith Triplane, the "Tripe", and after looking at the stats and flight characteristics, is a very unimpressive plane. Only one machine gun, few maneuvers and slow. Certainly not late war material. Perhaps I should have used my Pup!  But heck, I did recently build it so I might as well fly it.

My game highlights: I had a shot against ace PierreS. Whoo-ho. But with one gun and a roll of a 1...so not too much to report....

And I did get shot down. Again.  While, yes, the coup-de-gras was a few bullets during that fateful turn, most of my damage came from a collision from a British (!) plane flown by FrancisM, who after entering my airspace (read: hex) with a fancy maneuver (I was flying straight mind you) decided to roll a double 1s for the chance of the collision.  Well, as my fellow gamers know, as well as my regular readers,  I ALWAYS roll 1s.  And double 1s, while supposedly statistically rare, are quite common for me.  So, of course, I rolled them and wails of laughter burst forth.  I then rolled a nice and low 1 for HIS damage.  He did not kindly do the same for me.  After checking off my damage, the German plane then had his go at me.  My tail was shot off.  Sigh.
New plane, same result.

a couple of pictures from the game 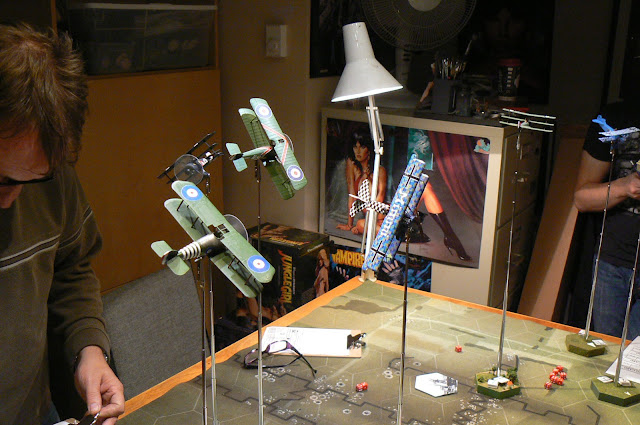 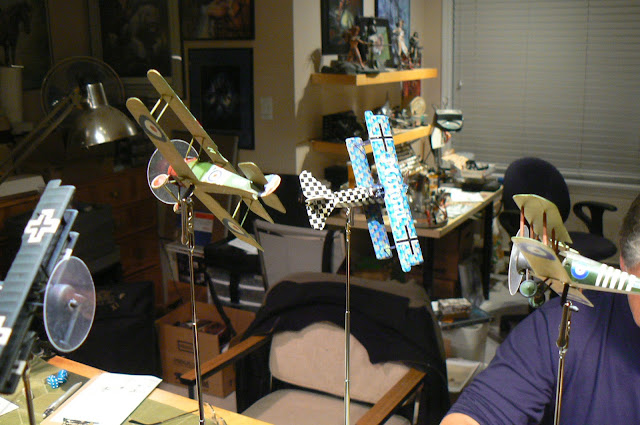