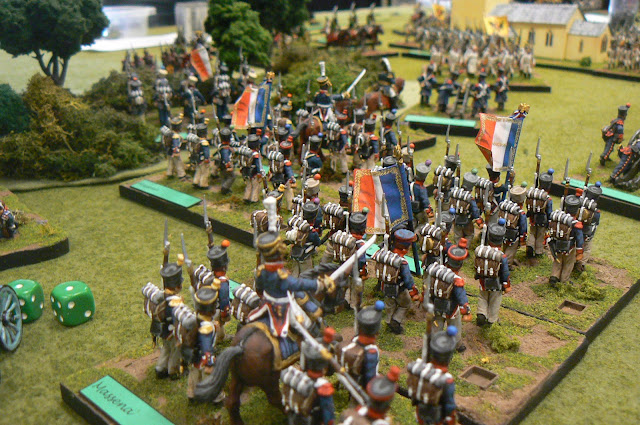 Finally got to gather with the ‘American boys’ after two years of Covid restrictions, and had a go at the Napoleonic battle of Aspern-Essling during the Enfilade! Convention held in Olympia, Washington State, USA last weekend.

The Austrians did well in this game with both towns taken by the end of “the first day” We ended it at that point as the armies had created a bit of separation as both sought to consolidate their positions with the advent of the flood of French reinforcements crossing the famous ‘rickety’ lone bridge over the Danube River.  I had a simple chart to rolled off after each Austrian turn to determine the repair or further destruction limiting those French reinforcements to each of their commands. I purposely created the chart to have the repairs done on low dice while destruction is made with high dice rolls. As I know, almost as a certainty, I will probably only roll low, the French will get their additional supports! this little trick worked as of course I rolled low each turn and thus the French engineers did their thing.  Felt these additional forces might be necessary for the French to hold off the Austrians long enough to have a successful withdrawal as they were historically.  While we would have loved to see the battle to its natural conclusion, the final deployments and strengths would suggest that that might well have been the outcome….. subject to the will of the dice, of course…..

I supplied the French side, while Seth supplied the Austrians.  James’ beautiful Essling Granary model formed the Essling town element, while my yellow paper church formed the town of Aspern, both buildings famous within the historical affair.

I recently pulled out an old reference page I had photocopied years ago and discovered that the rocket battery I had painted wore the Royal Artillery, not the correct Royal Marine Artillery uniform. Well... 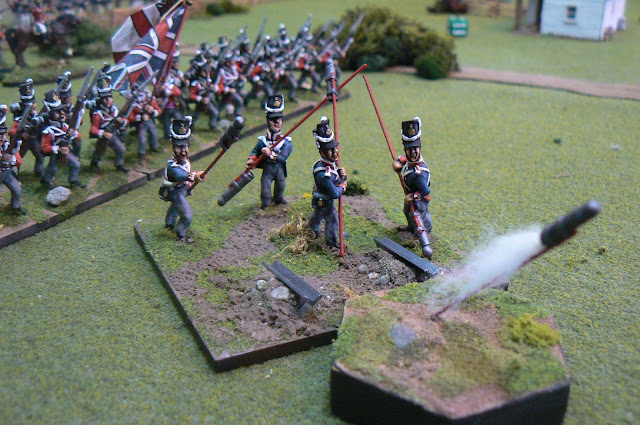 Inspired by a gamer-friend's idea, I recently created nice terrain pieces but also very utilitarian to keep dice together and not hurling across the table when rolled by some of the more 'energetic' players.  These are for North America c.18th and 19th C.  I will be building others for the other various topography to blend into the terrain work.

is the current naming of the Napoleonic era cavalry-clash rules a group of us are slowly developing to allow us to use the masses of our pretty cavalry figures in a fun, free-for-all, charge if you got'em.  From the genesis of the "Rampant style of rules" each reiteration changes significantly with each game!  and no doubt will continue, like, forever....

Exposed these to a couple of gaming friends with a square of Highlanders to maneuver around.  From this version of play-test I ran another game with a few at the club.  It worked, but new alterations were noted...of course...  :) 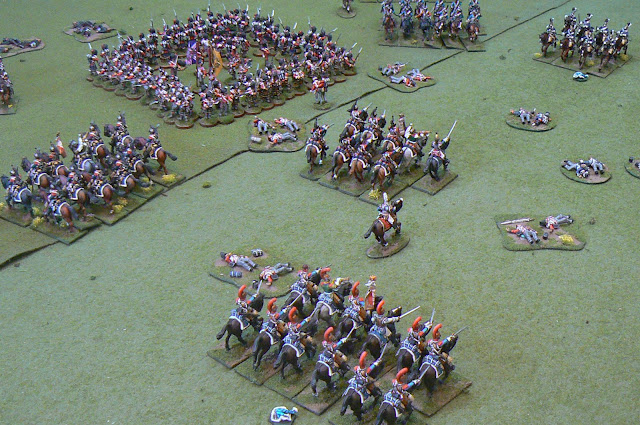 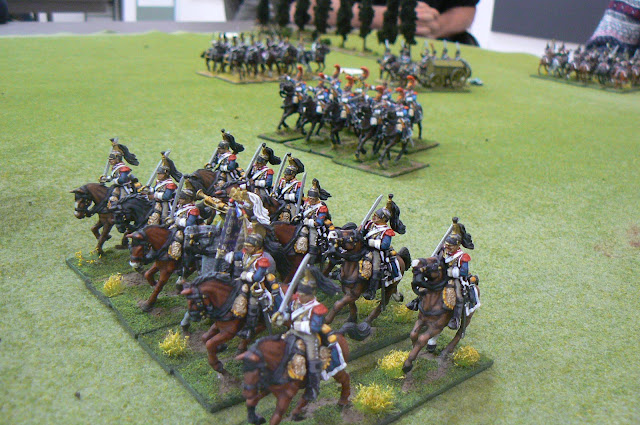 I will only torture some of my strictly historical followers with this final example from my ‘historical’ skeleton armies. 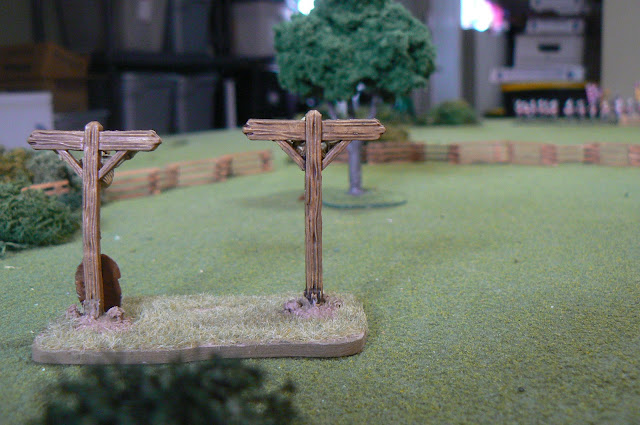 I was given these…sign posts?…telegraph poles?….with the request that he would like to see that I could come up with something.  To me they are kinda crosses.  I dug around my skeleton bits box and came up with straight arms with open hands and torsos and heads.   Crosses, well, crucifix I would imagine.  No legs left from all the other builds; but, hey, they are skeletons... the legs fell off at some point in the past! 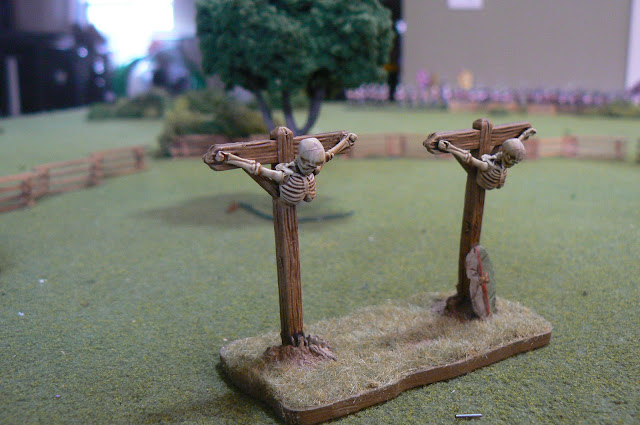 “Eye-candy” for the Roman supporter.  Don’t mess with the Empire or this will be your fate…..