the widest of bridges

The very wide bases we use for the Napoleonics do not allow for formation changes - nor do we want them to have that capability for that matter.  That would suggest a tactical capability which the rules do not nor want to have.  But this does restrict us to some degree for terrain purposes.  One of which is narrow crossings, such as between woodlands and especially river crossings: bridges and the like.

You can see in the accompanying photos of our wide stands on the normal model bridge does not look that convincing. It also could cause problems in combat adjustments; where exactly is the corner of the stand, etc.   I thought to solve these two problems by making crossings large enough to accommodate the large stands and have a defined 'end' point of the crossing. 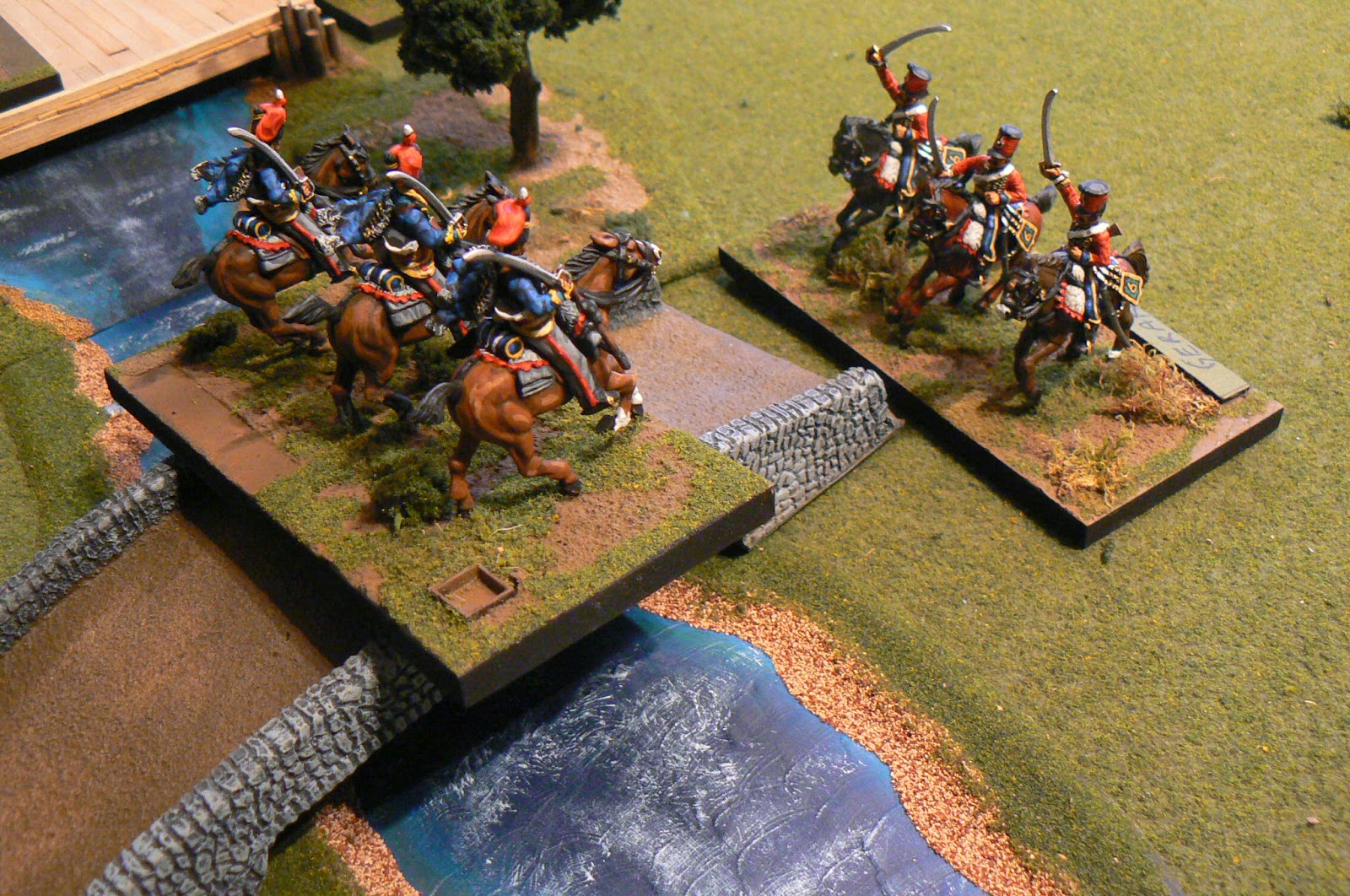 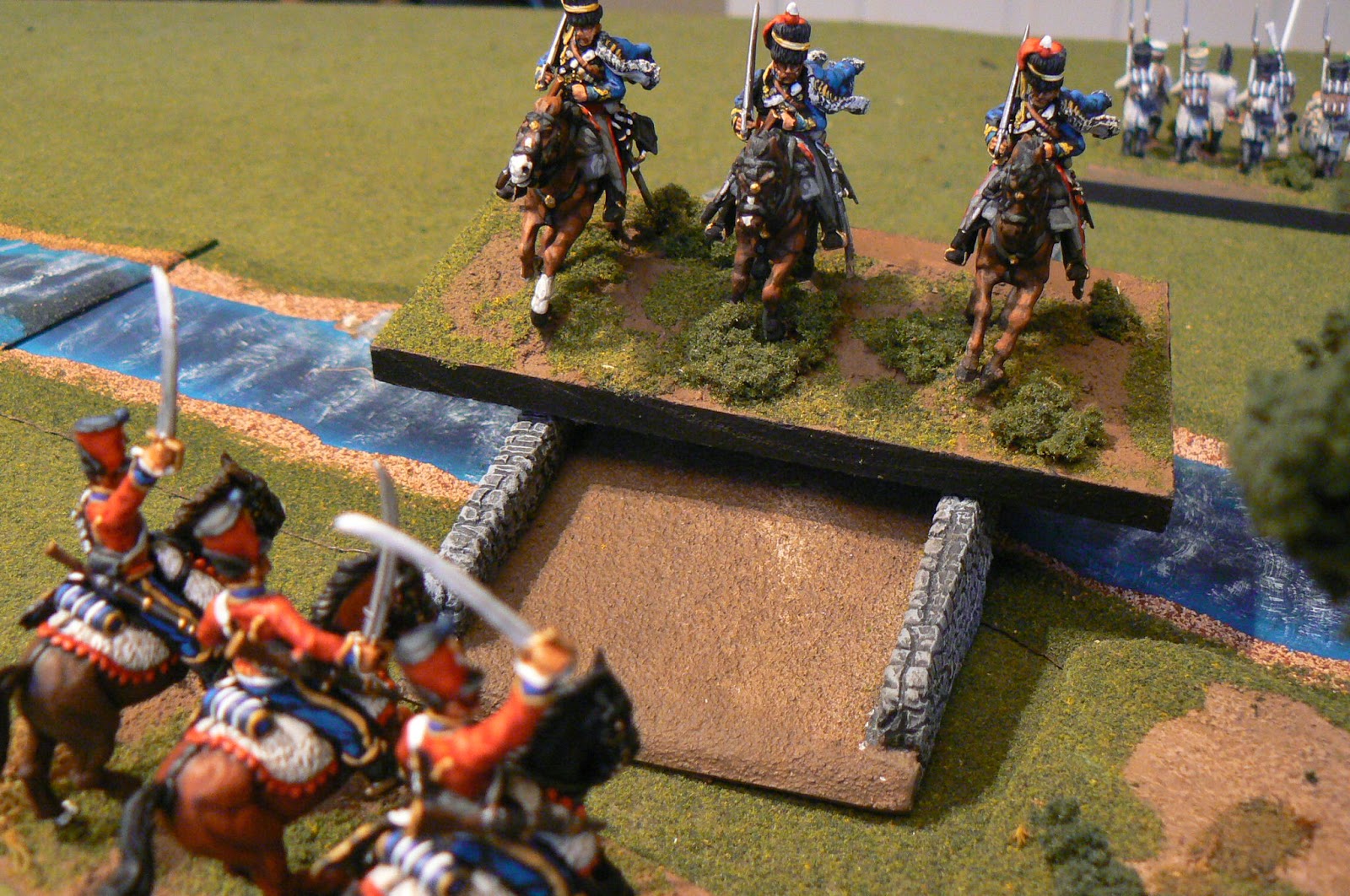 While in hindsight I could have just made it to cross my existing rivers, I wanted to create a pontoon bridge and one small pontoon with very little river would look silly.  So I cut out some hardboard in a shape to bulge out the river and so make the pontoons look like being in the middle of a large river. The way I construct is to have a plan drawn out in my head only to change it immediately upon looking at the materials at hand and then totally improvise!     My Virgo vs Libra conflict.  I am right on the cusp and show characteristics of both signs; often together......  So naturally you notice the lack of pontoons as well.  The bridge is fine for what it is for now.  Probably added together I would be surprised by the time it took to create, but with only a few minutes to do one part then let sit to dry for a few days only to go back and paint another part to match the existing river sections and so another small part, feels like very little effort went into it.  Perhaps it shows too!

Anyway here is the completed version of the recently constructed (raw lumber) crossing. The planks are removable.  I may build a stone version, or do as I originally should have, and simply build a model to span the river sections! 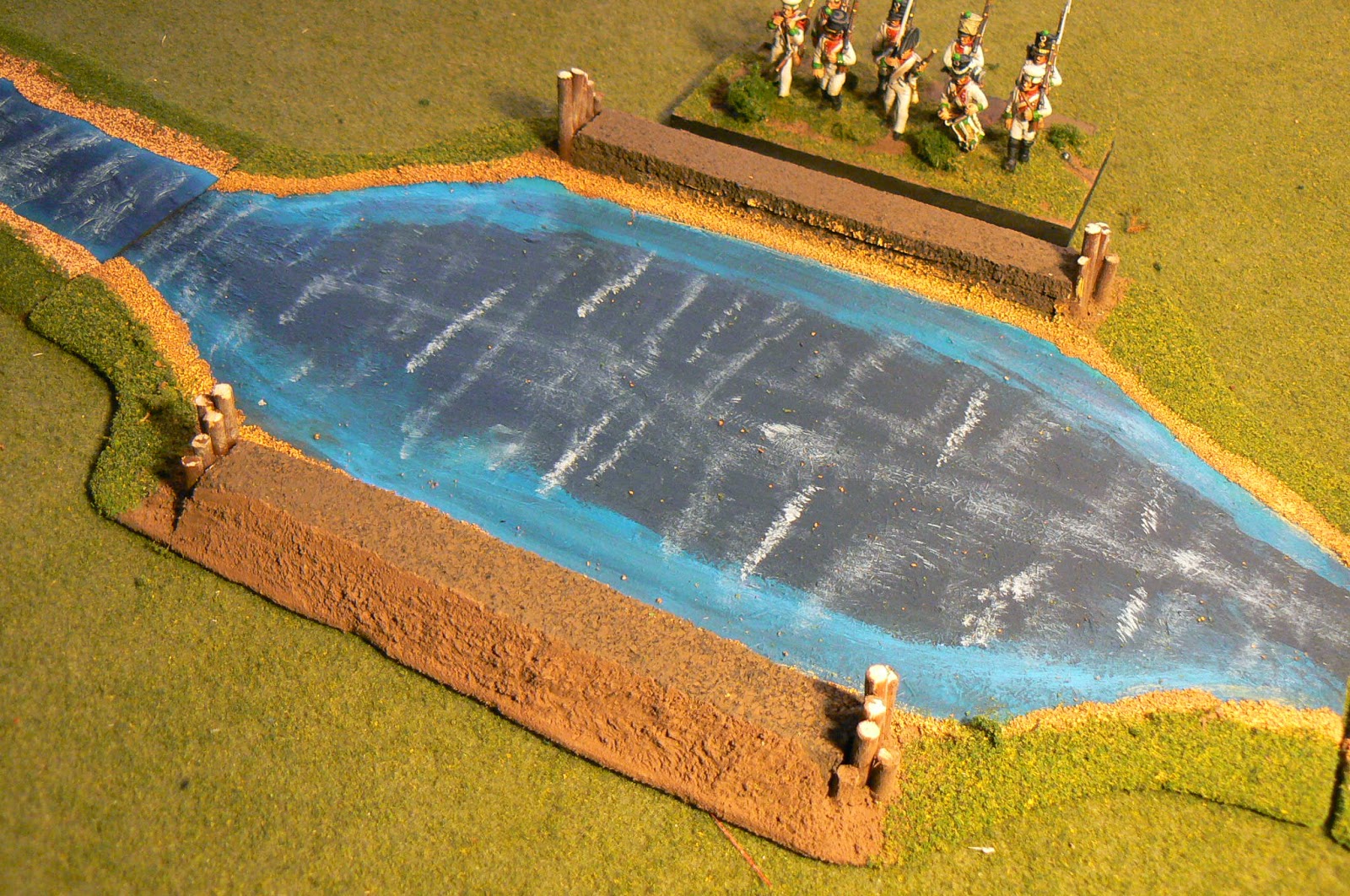 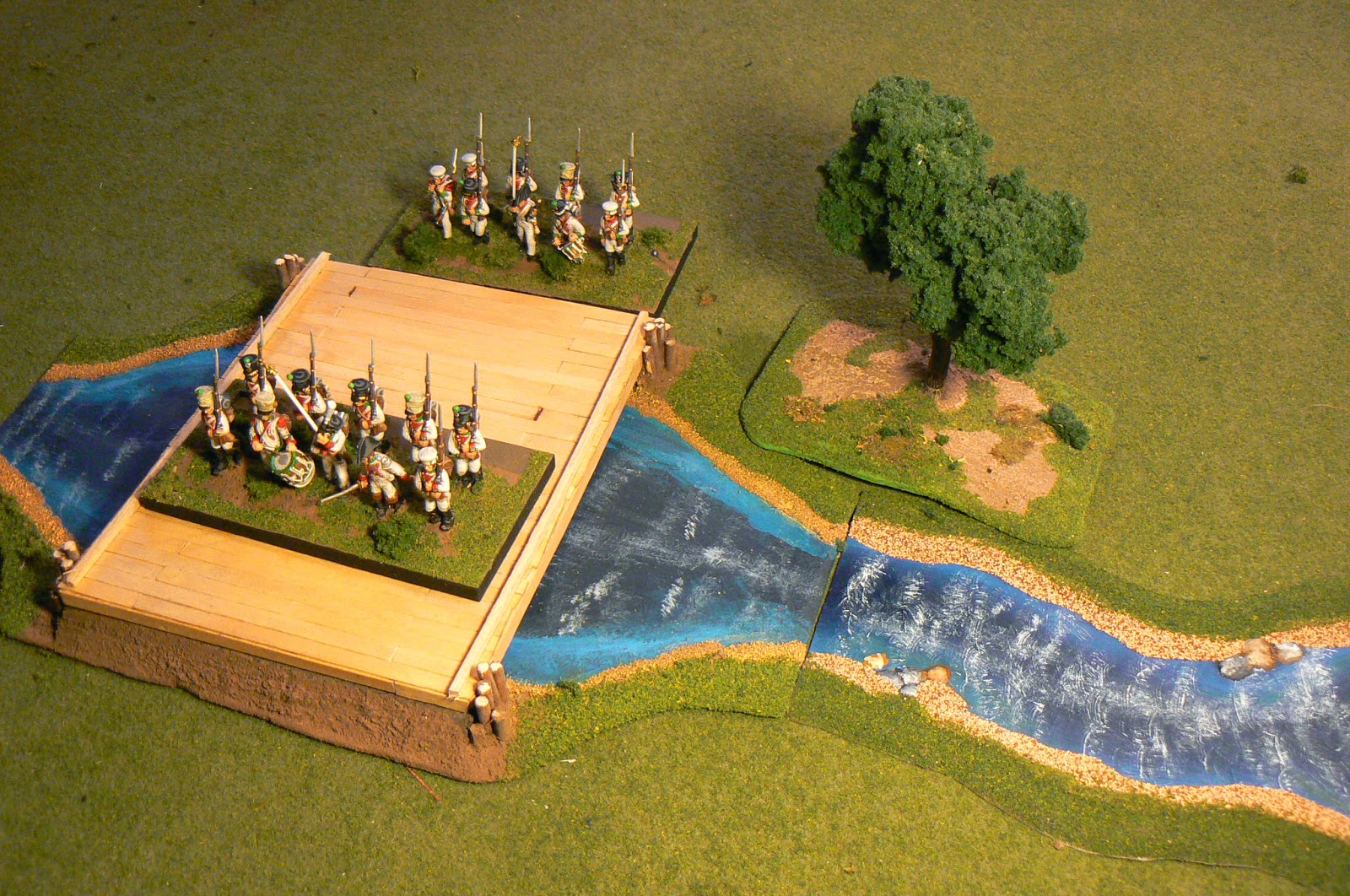