Finally got to another club's GameNight and participated in Andrew's bomber raid game based on the famous Allied raid on the Ploesti Oil Fields in Romania.  Famous in part due to the 'pink' planes painted in a pale desert scheme.  Andrew did a great job in painting the planes and creating the oil refineries and holding tanks. While the modeling was simple; for example, using small paint tubs turned upside down and painted gray, it did not take away from the excellent effect. 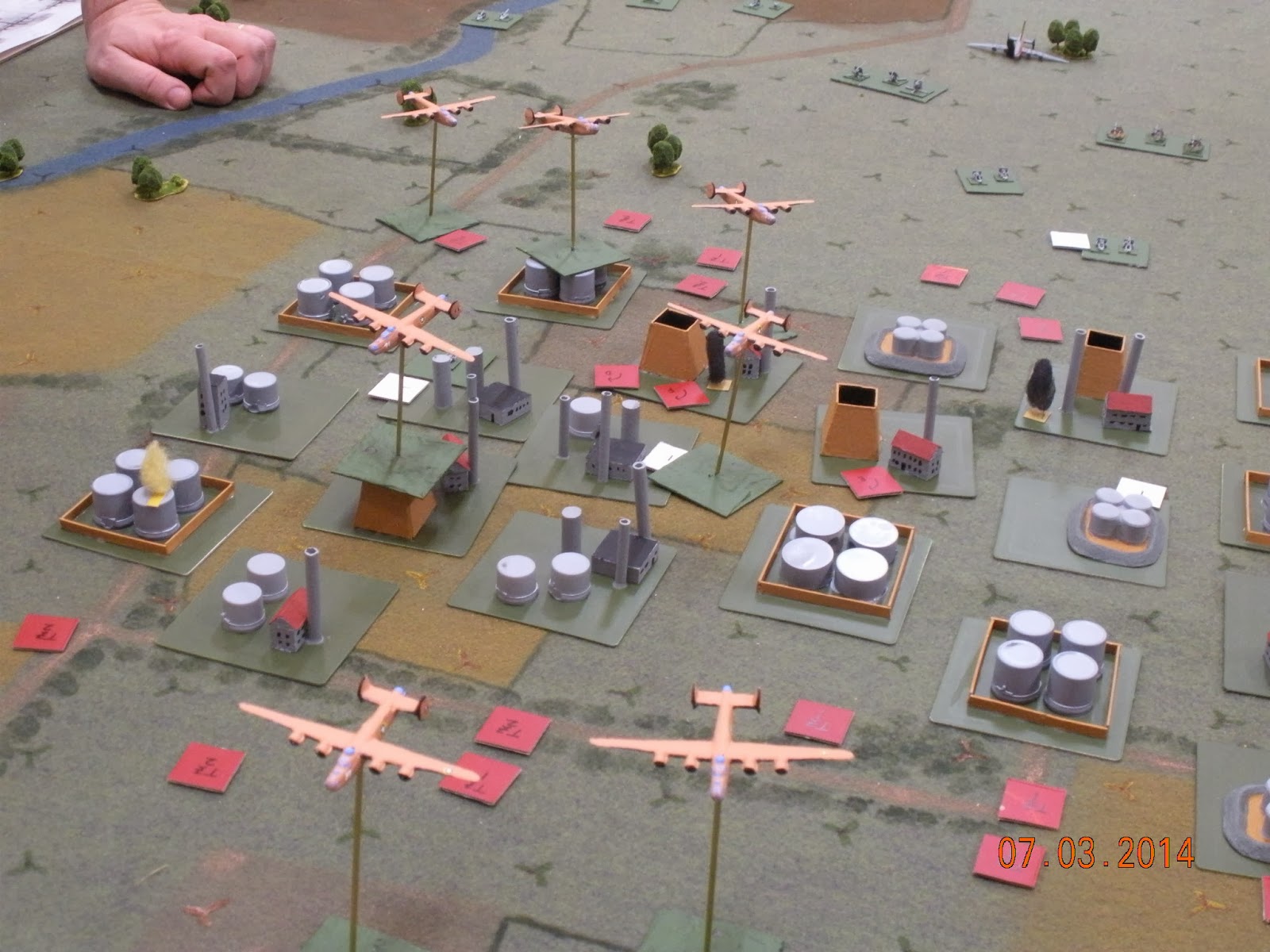 All the players controlled flights of three bombers while Andrew did the calculations for the flak.  He had a couple of ME109s painted and threatened us with them but did not use them in the game so it was running the flak and line up on your targets for the players. 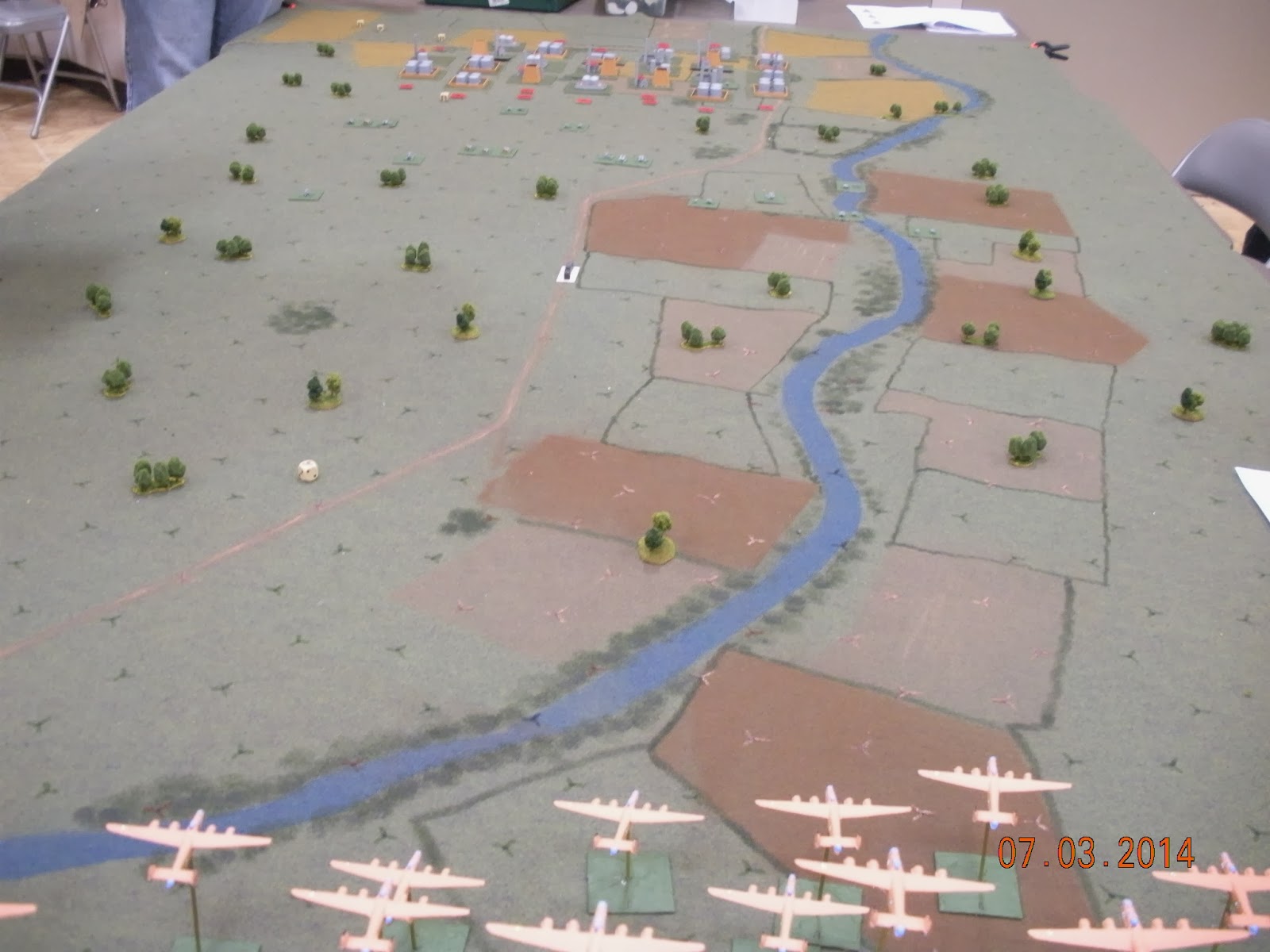 The flak proved to be not that effective as only one plane was knocked down -- mine of course !!    [  proving again that I cannot get through any air game without being shot down !  ]


Points were added up and Glenn quietly bombed the **** out of the oil fields gaining the most, to the surprise of us noisier players  <grin> 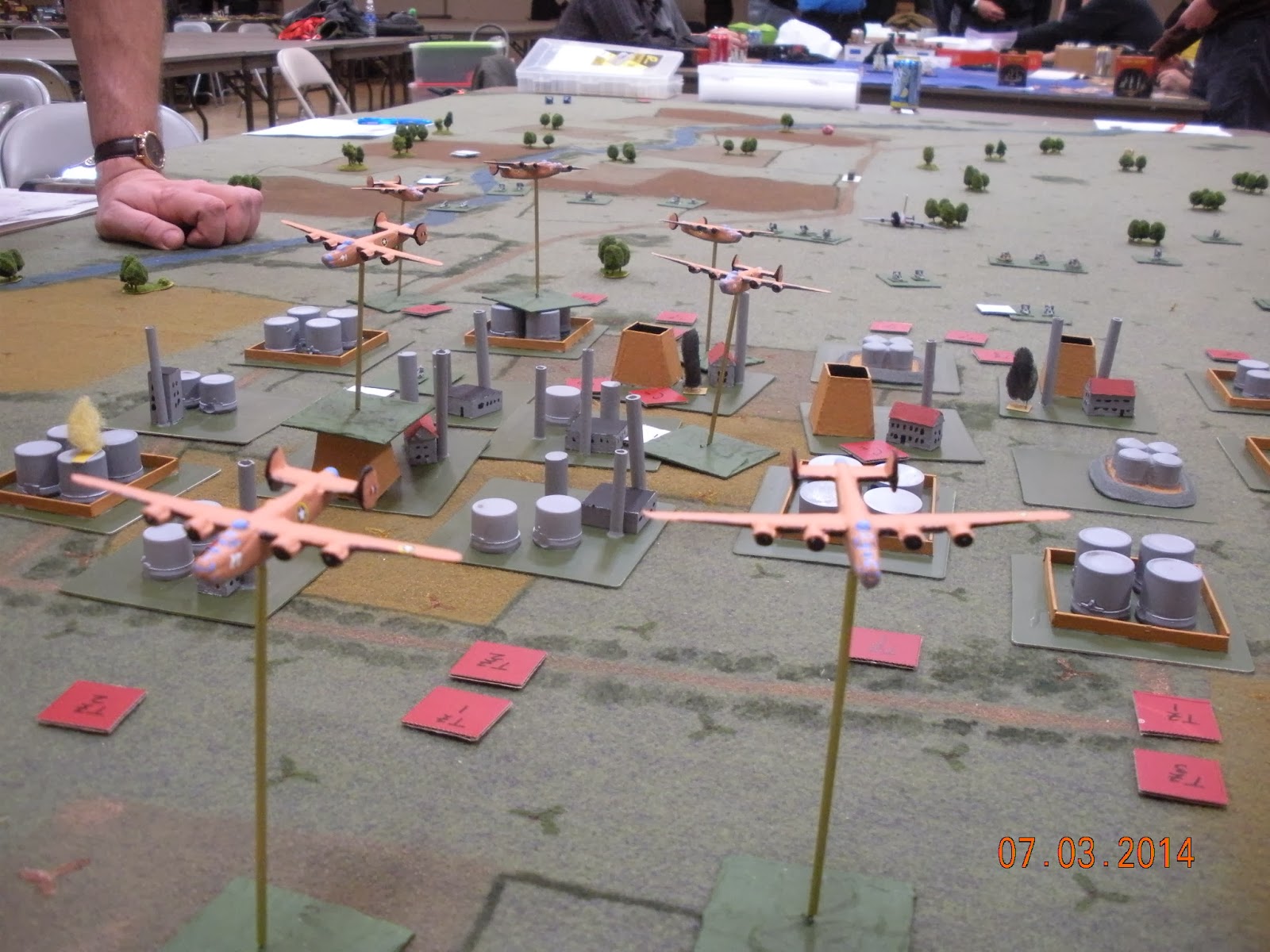 The game was a playtest for Andrew who will put it on for the local 'Trumpeter Salute' convention in a month's time, and a lengthy post game chat had suggestions to simplify the rules and add German fighters for more "excitement" for the bomber crews.