DaveB was kind enough to come over for a game and rather than subject him to another game of Napoleonics and seeing that I just played out Waterloo the day before and have yet to clean up and organize the brigades, I set out a small game of French and Indian War with the scenario to simply the escort of a wagon of barrels into the fort through the woods down the simple road. Easy enough.

We played two games with the same scenario, each of us taking the other side but with our own pick of troop types.  In the first game he took the British and the escort.  In the second, I had that privilege to protect it from the French or their Indian friends.

Other than the task to remember the tactical modifiers, the game flows well enough and can be played on a very small table even with 28mm and to good effect I think. 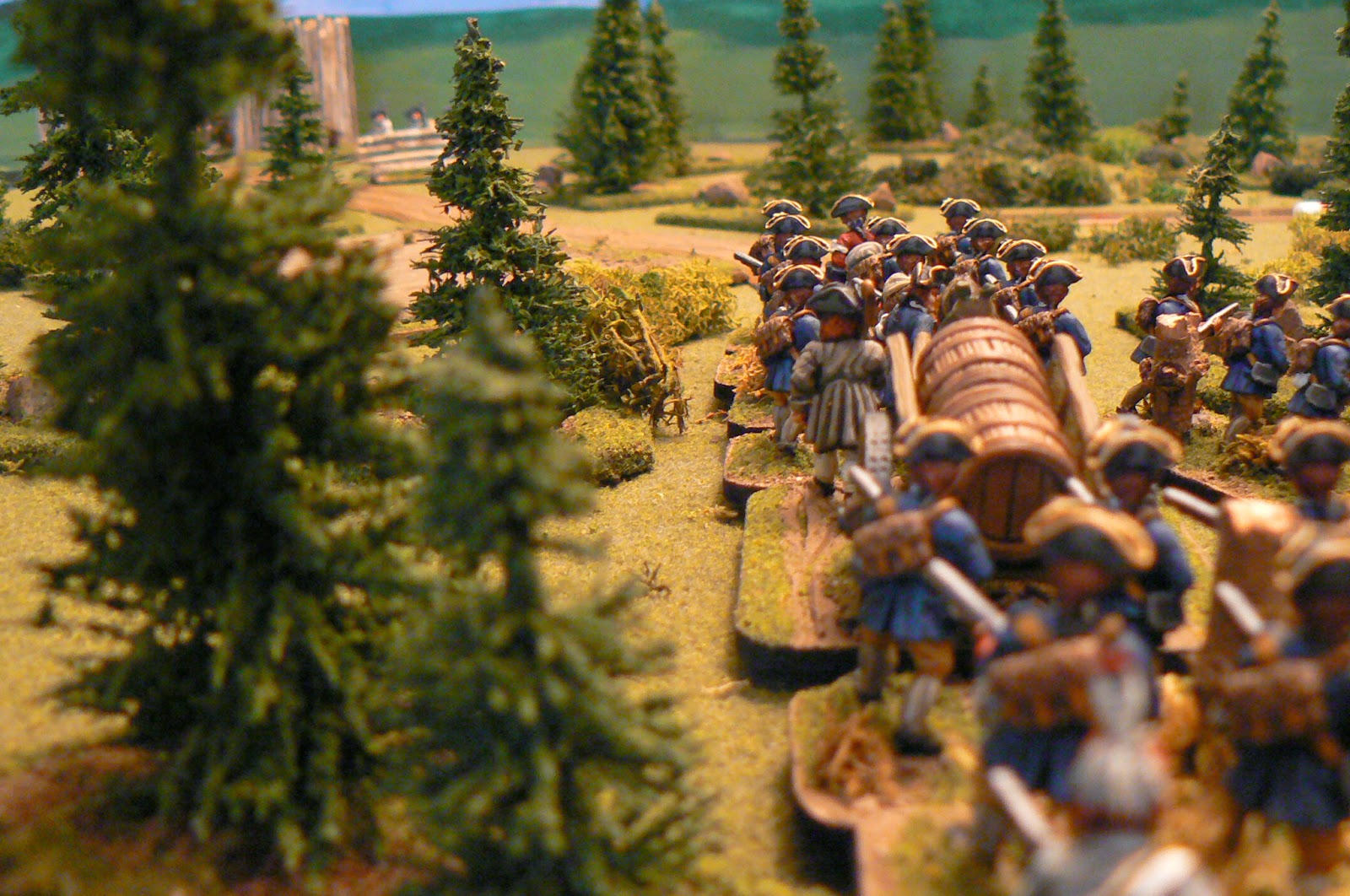 Game Note:   DaveB had his Natives try to capture the wagon but I did put in a small combat factor for baggage defence accounting for wagoneers, women with pistols, accompanying troops etc.  Well these fought off DaveB's Red Boys (the dice really...). With a wonderful accent he gave the excuse that "Shee wasth a big wohman witsh a pan, eh!"
Posted by DougH at 00:16
Labels: bases, French and Indian Wars, hosted games, wargames