My own Saxon Zastrow cuirassiers

While I could have just purchased Eureka's nice version(s) of this famous Napoleonic era heavy horse regiment,  I did not for several reasons.  Foremost that only need three. Hardly worth the expensive shipping them half way across the world.  Also they are metal; thus heavy. I like light. And most importantly I still had three left over French cuirassier horses which just ached to be employed in such a fashion.  I thought I would enjoy the challenge to create my own. 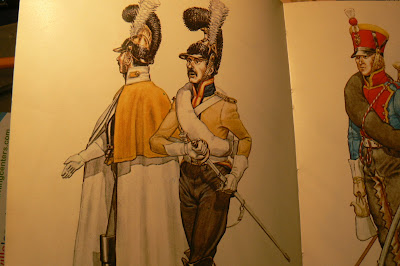 I started with the horses, cutting down excessive rolls and protruding saddle accoutrements.  I took some of the numerous extra hussar legs the Perrys provide, glued those to the horses and added other extra torsos I had - usually trumpeters - cutting off the right arm and adding an extra heavy cavalry arm to provide the necessary straight sword.  The left arm holds the reins and I added an enlarged cuff to the hussar arm hiding the lace work and giving the illusion of the heavy gloves worn.  As the torsos were to be covered with green stuff (GS) for the cloak these did not need be accurate and all the lace and belts of these hussar bodies were not worried about.  I used the torso to get the bulk of the figure done and proportional.

The helmets were French dragoon types, one the Perry types had the horsehair just at the very end, so easy to cut off.  With the peak modified by a scraping, I could add the GS comb. Really happy about the sameness of these.  I waited a bit then used an old toothbrush to impress upon the putty to provide that 'woollen' texture. In the following photo, the middle figure shows this to good effect.

The roughly trimmed sheepskin of the French saddle was covered by a "roll" bundle.

With the glue and plastic basis of the figures set, I started with the main use of the GS.  I did start with a template for the cloak after several design tries, but these turned out to be very rough as the GS can be sticky and stretchy ruining any true consistency.  I admire the pros for that.

The main part of the cloak was first and so wrapped it around the figure trying to hide most of the bits of the French saddle which are incorrect for the Saxons and way down the hussar leg as not to show anything but the bottom of the boot. 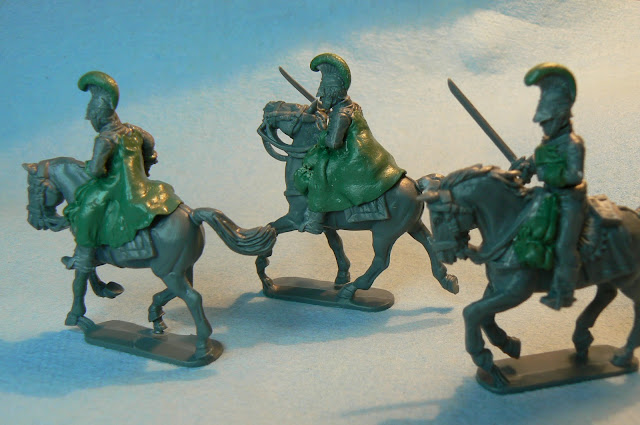 After that had cured the next day (I am trying to learn patience....probably most sculptors will tell you that is the main trick!)  I added the cape, again with a template in mind and try to get the shape, sort of, but pinching and trimming with the differing shape of the sword arms to get around. 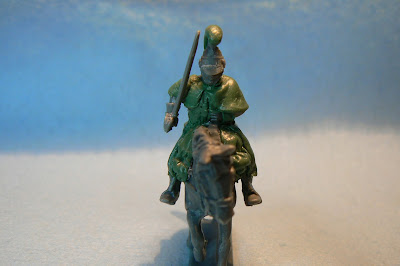 I will glue on the plumes and probably add a scabbard under the cloak to finish them.  With my usual heavy,  very heavy,  coats of paint,  hopefully the imperfections will be reduced and they will look OK.  I will ignore the fact that all the other cavalry are not in THEIR cloaks.  But while I 'needed' this regiment for the accuracy of deployment for the Borodino game,  the Saxon Zastrow regiment, albeit in a lesser amount, did contribute in the very wet and cold 1813 campaign, which is really the focus of this collection. 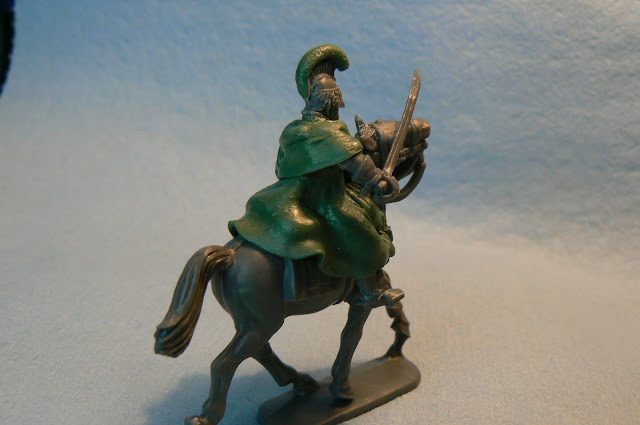 .......Fast forward to the finished product 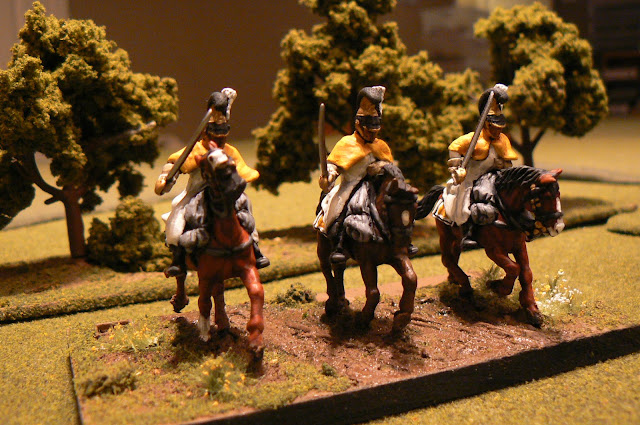 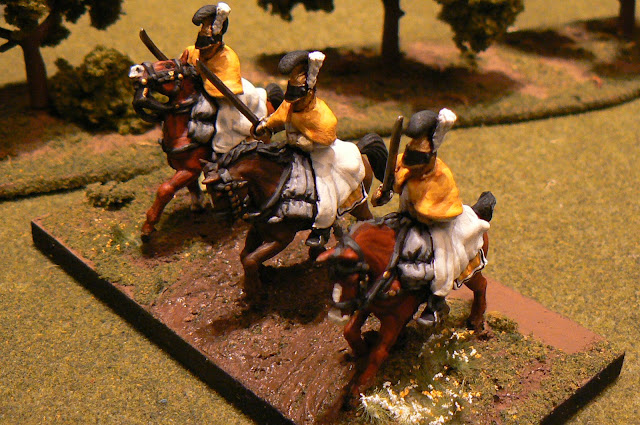 Certainly after this, I am in awe of the talent with the likes of the Perrys, Hicks, Murch, Owen and all the others we know to supply us with very nicely done miniatures.  I don't sculpt all that often so I claim lack of experience but perhaps I will finally get through painting the lead pile and start doing some sculpts for fun.
Posted by DougH at 12:30
Labels: 1813, Borodino, green stuff, minis, modelling, musings, Napoleonics, Saxons(Nap)